You can have a guide and plan your own private trip. Private Day Tours!

Join peak climbing in Nepal with us. We provide all personal and group climbing gear.

Go trekking in Nepal on an adventure that takes you to Mt Everest Base Camp. Explore Nepal trekking

Experience one of the ultimate adventure tours & book your epic tour to Nepal today!.

Best Treks in Nepal
Adventure High Mountain offers a wide variety of trekking trails. For travelers who are short on time here are some of the best short treks Nepal has to offer ranging from 6 to 13 days.

Adventure Activities
Let us explore the most thrilling, electrifying and mind blowing adventurous activities in the beautiful country Nepal .

Tibet tours with authentic Tibetan experiences that Tibet has to offer. 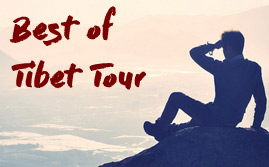 The southern belt of Nepal is known as the Terai. It is a low land covered with dense subtropical forest. Here you will find some of the most exciting safari destinations in the world. You will be going into deep jungle on elephant back or four-wheel drive to view wild animals in their natural habitat. The jungle safari activity includes canoeing, nature walks, bird watching, excursions. Read more on Wildlife Tours in Nepal 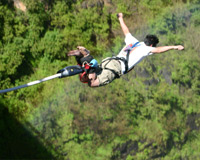 Ultimate Bungy at The Last Resort in Nepal may be the most spectacular Bungy Jump on the Planet. This the last resortremarkable 500ft (160m) drop into the Bhoti Kosi River gorge on the Nepal/Tibet border is the longest free-fall in the world. Designed, constructed and operated by very experienced Kiwis to exacting international standards your safety is guaranteed. 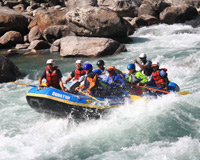 Nepal is home to eight out of the fourteen highest peaks in the world with colorful and intricate Hindu religion to the austerity of the Buddhist monasteries. From these breathtaking heights, rivers crash down through the foothills, fed by monsoon rains and melting snow, on their way to the Great Plains of the Ganges. 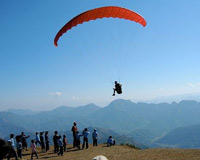 Nepal is a relatively new adventure sport. Paragliding in this Himalayan country can be a truly wonderful and fulfilling experience for the adventure-seekers. You can experience unparalleled scenic grandeur as you share airspace with Himalayan griffin vultures, eagles, kites, while floating over villages, monasteries, temples, lakes and jungles, with a fantastic view of the majestic Himalayas.

What People Say’s loved by millions of customers

I would recommend this trip to anyone the trek was all that I hoped for and more. My trek guide was Ang Gelen Sherpa. He was the perfect guide and very helpful. - Ronald Sanga   customer

“From the day we began the trip to the end it was absolutely amazing ….., we werte able to relax and enjoy ourseleves…. Team were amazing and I wouldn’t hesitate to book with your company again.” - Guendaline and jeanpaul   customer

“ our guide was very good helpful and all the staffs and boys were wonderful. I was very sad to leave them” - Myra and Alexandra   customer
Copyright © 2009 - 2021 Adventure High Mountain, NEPAL.
Scroll